ZeroPhone first newsletter - thank you everybody!

Over 250 people subscribed, and more than 200 of them told me they want to receive my worklogs as well. I’m happy so many people are interested to hear about this phone and how it’s coming to life. Thank you all for your attention, I’ll try to make my newsletter worth reading!

I’ve decided I’ll be doing a weekly worklog newsletter - with at least one project state report, one hardware worklog (later, also software worklogs), and one thought piece (on phones, open-source hardware&software). Apart from walls of text, the worklogs will have photos and, later, videos!

Today, I had an idea to spend a day each week implementing a cool ZeroPhone project - show it doing something that typical phones can’t do, like being your portable password manager, a development station or AVR programmer. Then, make a video and publish it! This weekend (and the next week) will be quite busy, I’ll be designing boards, but hopefully I’ll have time for some quick prototyping&filming as well.

I’ve published alpha boards! Do not order those, there are bugs I’m fixing now, as well as features that definitely need to be included. By the time of next worklog, I’ll make the next revision and will tell you about it - you can also follow the GitHub repo. Read more about the TODOs of the current boards and project plans for the next 30 days.

Why do I stack PCBs? Simple - it’s the most efficient way to make a phone around a Pi Zero. The prototype unit I’m using for experiments now has 9 PCBs (including Zero, ESP-12 and Chinese breakouts), but I hope to get it down to 5-7. The PCB sandwiching also decreases cost and eliminates some part sourcing problems. Read this worklog to read more about it, the stack of problems associated with it, as well as the project’s expected dimensions.

I decided to write about my reasons to make a phone like this. Apart from practical reasons - I believe in better future for us all, and since the only field I have a chance of influencing is technology, I want to try fixing some things that are wrong with phones nowadays. Also, I think that open-source phones have to be more widespread, but I don’t think it’s people who are wrong for not buying every remotely open-source phone there appears - it’s more about the phones. It’s more like both, but the phones too. We can’t fix people but we can fix phones - or, maybe, we can? Okay, the article is a little less chaotic than this paragraph, so read it if you’re interested about my thoughts of open-source hardware, software, phones and realities of modern technological world - to be exact, the way I’m perceiving them. 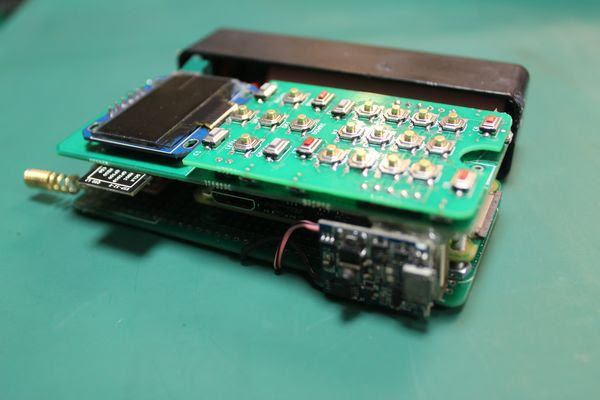