As planned, I have a project state report, one hardware worklog and one thought piece. However, there are things I need to mention before that.

The project got contributors! I’ve already received advice from about 50 people, and some of them have volunteered to help with aspects of this project that I wouldn’t have time or skills to do myself. Next week, I’m sending out alpha boards to some of them so it’s easier for them to make cases, 3D models, experiment with hardware and test the ideas they have. Have to say, it was a PITA making all the magnet wire fixes once, I spent the whole day doing them 5 times, and I haven’t even tested the result yet =) Note: once again, Hackaday.io proves it’s a great collaboration platform!

Even though China has huge celebrations this month, I still could find most of the parts I need right now, as well as order the boards, and that, as you might have noticed, was done with help of OSH Park, who went so far so as to give a discount to this project. Do check them out, they’re great at what they’re doing!

The front&keypad board are now beta - changes were made, sent to OSHPark and have already been shipped. Once the boards will be received and tested, I’ll make a beta release on GitHub - no errors and it’ll be v1.0, but mistakes happen. After that, there’ll be assembly instructions, BOM and v1.0 software development - as well as crowdfunding preparations.

How do I ensure that parts are easy to source? Economy of scale, making some parts optional and others - replaceable with other parts. Having the ability to source parts from local distributors or big companies is great. However, if you don’t have that luxury, cheap Chinese breakouts come to the rescue! In some cases, Chinese breakouts are even easier to source and solder. Here’s a little case study where I tell about Chinese breakouts, my “use different displays easily” hack and audio filtering addons, and some more.

What can an open-source phone do that our usual phones can’t? Why do we need open-source in our phones? I’ve decided I should write up some statements and ideas, so it’s easier for me to think in this direction and maybe, just maybe come up with something new and interesting. Hopefully, next week I’ll have time to show something that’ll be actually implemented, stay tuned!

I hope next week the project will get a newsletter archive - for historical reasons, as well as for people who have told me they don’t like newsletters and would rather refresh a page once a week to check for news. Also, I’ll make a list of things that have to be done so that it’s easier for people to see what they could help with. 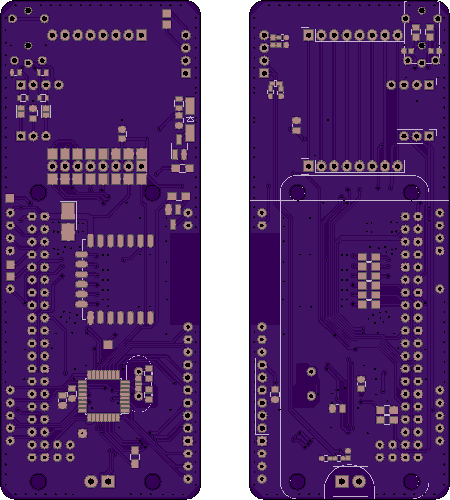