Lots of great news! A contributor set up the newsletter archive, the project got a Twitter account (go follow it!), one guy was hyped enough to make a subreddit, I’ve made the first video about the project (see below) and almost all of the alpha prototypes are sent out! Also, I’ve talked to CrowdSupply and they are ready to collaborate for the crowdfunding, the front boards should arrive any day now and the back boards already got shipped.

The project needs your help - scroll down to read more!

I decided I should write on the most important part of this project - the app infrastructure. ZeroPhone won’t survive without software tailored for it, and it’s important to define - which apps are a priority and which aren’t. I’ve thought about this for a few months now, and this is the essence of it - apps should be open-source, and ZeroPhone has to have all the basic features, but also emphasise those that will be unique to ZeroPhone.
So far, it’s more about the “apps” and less about the “infrastructure”, the infrastructure requirements will have to be considered later (when there’s enough experience writing apps).

Most contributors will need prototypes, so I had to relive my bad decisions again and again - making all the magnet wire fixes five more times. It took at least half of a day, and I feared some of the components were subpar - which meant I couldn’t send the boards to contributors. Thus, I needed a testing jig - and I’m sharing the way I used to make them, as well as some photos, of course. The workflow is simple and uses only open-source software!

I wrote a Tor control panel application, and I have a video to prove it! Not that the code isn’t available, of course - head to the worklog for more details. Also, writing the app took me just two hours. Yes, a Tor control panel for ZeroPhone is something that can be written in two hours, at least by a Python coder like me =) It’s just a start though, there’s much more to write, and not all of it will be as fun as this was - next week, you’ll hear stories about reimplementing things we take for granted =)

Now that beta hardware is done, it’s time for beta software. Here, I describe exactly which apps will be included in the beta version, as well as adjust the roadmap to be closer to the reality =)

Ways you can help this project

I’m going to build a test batch of 10 ZeroPhone kits to be sent to beta testers/reviewers. Unfortunately, the BOM adds up to be about 300-400$ - including faster shipping (to not delay the project). This is the last big expense before the crowdfunding campaign, and I’m asking for help on this since my budget is quite limited at this point.

Also, I’ve made a page about contributing/helping the project in general - over the next two weeks, I’ll compile and publish a list of priorities, so anybody interested in joining the project will know exactly what he can help with. 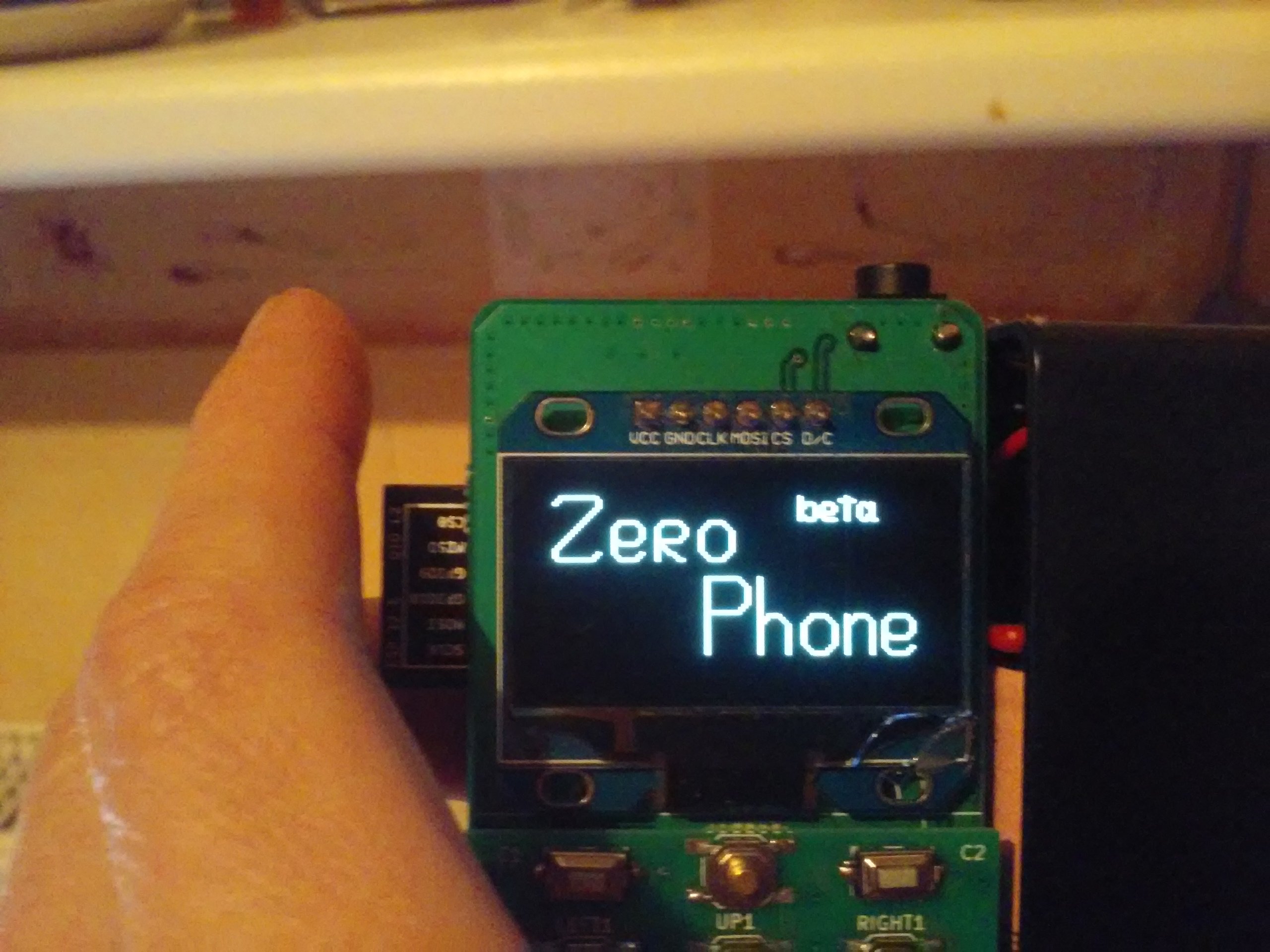